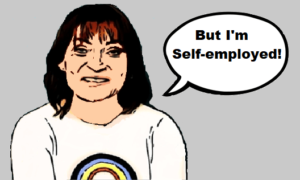 The overwhelming tide of employment status and gig economy cases has been people wishing to prove that they are employees and/or workers and thus entitled to better employment rights. However, this month, Lorraine Kelly won a landmark tax case to establish she was self-employed and not an employee of ITV.

HMRC implemented IR35 to clamp down on people avoiding tax by providing services through their own limited companies. One such target was Lorraine Kelly, who was thought to have saved over £1.2m in income tax and NICs by declaring herself as self-employed.

In her case, Mrs Kelly was found to be a theatrical artist who presented a public persona of herself to audiences, as such her agents’ fees were deductible expenses. Additionally, as she was not granted annual leave and sick pay and allowed to work for other broadcasters, the court ruled Mrs Kelly was indeed self -employed.

As with all employment status cases, this was judged on its own facts with the court looking at the working relationship between Mrs Kelly and ITV. Whilst not strictly applicable to employment law, this case does show another side to the gig economy, one that doesn’t involve couriers!