Can a self-employed contractor bring a disability discrimination claim? 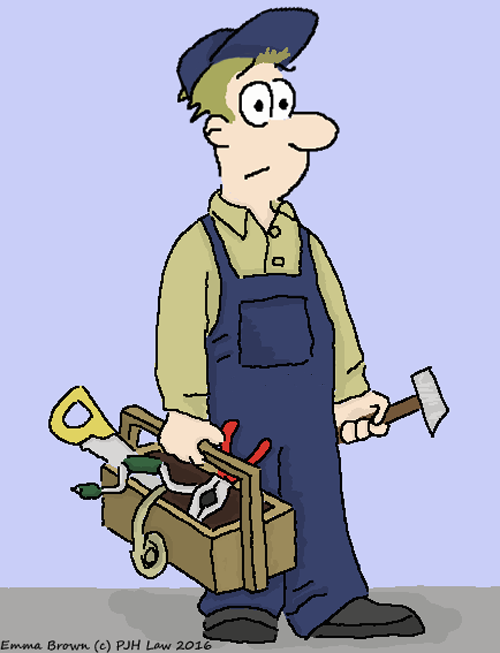 Welcome back, after last week’s religious discrimination update, we have another Case Law Update for you. This week’s case is about a plumber and is one you may have heard about in the news. It is yet another example of the employee/worker/self-employed debate, this follows the Uber decision and the rise of the gig economy.

Section 230 of the Employment Rights Act defines an employee as an individual who has entered into or works under a contract of employment. Similarly, a worker is defined as an individual who has entered into a contract of employment OR any other contract, whereby the individual undertakes to do or perform personally any work or services for another party to the contract whose status is not by virtue of the contract that of a client or customer.

In brief, the difference between a self-employed contractor, an employee and a worker are explained in this table.

This matrix should establish what employment status a person has, however it is not exhaustive and HMRC have also produced an online questionnaire to help determine the status. The ET will always look at the wording of the contract as a starting point, but it is not determinative. It is how the contract is performed that is the important point.

Can a plumber with a self-employed contractor agreement bring a disability discrimination claim?

However, the Claimant could also choose when he worked and what jobs he accepted. He was also required to provide his own tools and handle his own tax & NI deductions. He also risked not getting paid if a customer did not pay an invoice or for work done rectifying jobs. Despite it not being in the agreement, plumbers could also switch jobs.

The Claimant believed that he was self-employed. He had his own accountant, was VAT registered and paid a salary to his wife for performing administrative duties. Following a heart attack and period of pro-longed absence, the Claimant’s agreement was terminated by the Respondent.

However, the judge did find that the Claimant was a worker and could therefore, bring discrimination claims. The reasons for this were because, the Respondent was his employer, not his customer, the agreement set a minimum amount of hours to be worked, the Respondent monitored the Claimant’s work and, despite being able to swap jobs, this was akin to switching shifts at a shop and not subcontracting work out to someone else. Therefore, the discrimination claim could proceed.

Once again the appeal was rejected. The Court of  Appeal Judge held that the Claimant could not subcontract his work, had a minimal number of hours and a large degree of management was exerted by the Respondent. Therefore, the Respondent was the Claimant’s boss, not his client.

Yes, in this case despite the contract using terminology to suggest the Claimant was self-employed, the reality of the agreement showed that the Claimant was in fact a worker. In the obiter of the judgment, the Court of Appeal  Judge, Sir Terence Etherton, added,

“operatives (of companies using the gig economy model) are intended to appear to clients of the business as working for the business, but at the same time the business itself seeks to maintain that, as between itself and its operatives, there is a legal relationship of client or customer and independent contractor rather than employer and employee or worker.”

This suggests that appearing as an employee/worker, whether it be uniforms, company vehicles or otherwise could result in someone being found to be a worker. Unlike the Uber and Hermes cases, this is a Court of Appeal case, it is binding on future cases on this topic and will have a substantive impact on future gig economy/employment cases – including the Uber appeal!

Ambiguous contracts have also not helped the Tribunal to establish employment status, and, in some cases, have resulted in the employer being criticised by the Judge. Our suggestion is to follow the wise words of Pilmlico Plumbing’s Charlie Mullins, “Like our plumbing, now our contracts are watertight.” However please also ensure that the operation of the contracts is consistent with what is written down. This should result in there being no ambiguity and eliminate the possibility of litigation.