An Employment Law Review of 2016

Season’s Greetings to you and welcome to our final newsletter of the year. Last week’s case law update was an ECJ case about fixed term contracts. We would also like to highlight our Christmas FAQs for anyone who hasn’t already read them. As it is the final update of 2016 we thought we would make it a bumper edition.

Review of the year

Don’t worry this isn’t just some schedule filler with input from Z-list celebs and narration by Robert Webb! This year has been awful(ly busy), between constitutional crisis, far-right resurgence, Trump, Brexit, Harambe, problems in Syria and practically all the best celebrities dying it is easy to forget that some important things have happened in employment law too.

Pop culture may have lost half its influencers in this month, but, like most years, not an awful lot happened in terms of employment law in January. Employees gained the right to bring claims against exclusivity clauses in zero hours contracts and a key case on the role of HR in disciplinary proceedings settled. Elsewhere, future issues such as the junior doctor’s strike and Sports Direct working conditions began to surface. 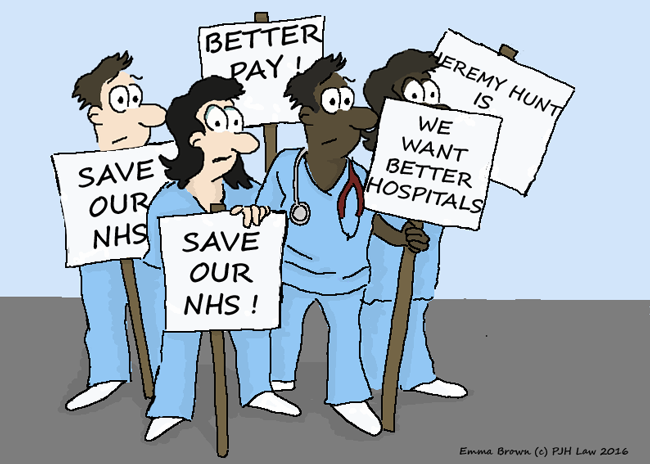 In February, Mr Lock succeeded in his EAT holiday pay case against British Gas. It also saw Jeremy Hunt get a lot of bad press for his handling of the junior doctors strike. Finally, a settlement was reached in Jeremy Clarkson steakgate saga and there was also an interesting tax judgment for settlement agreements.

The Gender Pay regulations were published in March and we will look at the latest update on that in a separate feature. March was also the month where football and employment law crossed paths for all the wrong reasons, with Newcastle, Sunderland and Chelsea all having problems. Lastly, there was an important case involving childcare vouchers and salary sacrifice.

As always there were lots of changes in April, including the introduction of the Living Wage, freezing sick and maternity pay rates and the Immigration Bill. Shared Parental Leave celebrated its 1st birthday and take up was low, something that remains the same to this day.

The Trade Union Act 2016 was passed and in case law there seemed to be a relaxed attitude towards Early Conciliation. Elsewhere PwC got in trouble over some high heels and British Cycling made news for the wrong reasons following revelations about a culture of discrimination and bullying. Finally, the Man Utd bomb scare made us examine one off mistakes that were serious enough to warrant dismissal. 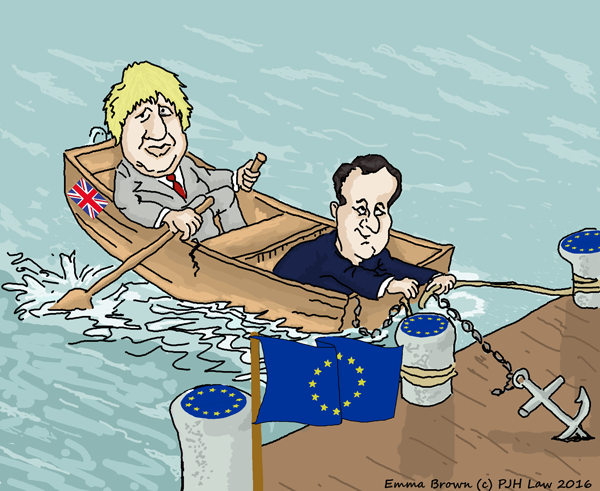 Brexit happened. Whilst we still have not triggered Art 50, there are some likely impacts for as and when we do leave the EU. In the meantime, avoid conflict on this topic by taking a leaf out of Basil Fawlty’s book – Don’t mention the Brexit, I mentioned it once, but I think I got away with it! In other but equally as depressing news Mike Ashley was in hot water due to conditions at Sport’s Direct and the victims of Modern Slavery could now be awarded compensation.

A fairly quiet month. The Sports Direct scandal was tip of the iceberg for the gig economy, which is now under review, and former employees of Uber began, and ultimately won, a case against the Taxi app.

A report into Muslim women in the workplace found that they often suffer a triple penalty due to their race, religion and gender. The gig economy unraveled even further as Deliveroo workers went on strike. Byron Burger divided opinion with its honey trap to catch illegal workers and in case law news there were two very interesting judgments about whether or not PCPs were discriminatory.

A fairly busy month. Modern Slavery statements for eligible businesses needed to be published, the Apprenticeship Levy was announced, ACAS released guidance for tattoos and there was a key case to decide how the without prejudice rule interacted with protected conversations.

Lock v British Gas had another judgment handed down from the Court of Appeal. There was a first ET case on Shared Parental Leave gender equality, whilst not binding it is indicative to any future cases.  In other news, Matching Models caused controversy with a rather bizarre job advert.

The Autumn Statement meant several changes to employment law, including raised sick pay rates, scrapping salary sacrifice and ending tax exemption status for employee shareholders. Uber lost its case on the employment status of its drivers and there was also an interesting case about employees taking rest breaks.

Hooray, you’ve reached the end, of sorts, as December’s news is below.