It’s Hot! Should you make any seasonal changes? 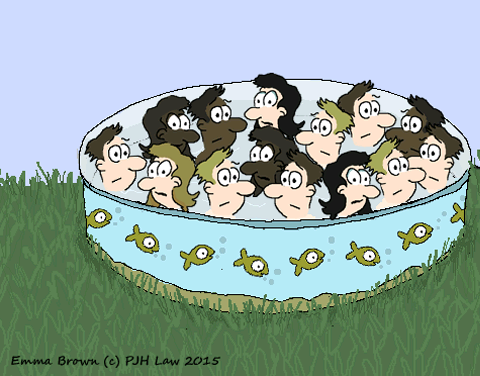 In case you haven’t noticed it has been rather warm these last few weeks. Whilst many will be rejoicing (PJH Law staff included) at the chance for some sunshine and heat, it can leave some employers with a headache (but hopefully not sunstroke).

One issue is that many offices are not designed for temperatures above 30’C and can get very hot. The Workplace (Health, Safety and Welfare) Regulations 1992 state that the temperature in the workplace needs to be “reasonable”. However the guideline for reasonable office temperatures is defined by the Health and Safety Executive as being between 13 – 30’C and that reasonableness is dependent on the nature and strenuousness of the work, for example in sedentary role the minimum suggested temperature is 16’C.

The common sense approach is to make simple changes that make the working environment more comfortable during the heat. A common policy, and one that this firm uses, is allowing a more flexible dress code. In some customer facing roles, or, roles that require safety equipment, this may be difficult but shorts, dresses and other such comfortable attire should be accommodated wherever possible. Likewise having fans may be another solution to keep the working environment cool.

Another common issue during heatwaves is unauthorised holiday or employees ‘pulling a sickie’. If an employer suspects a member of staff is pulling a sickie then the employer should carry out an investigation to establish whether or not the sickness was genuine.

If the employer is satisfied that the sickness wasn’t genuine then the issue could become a disciplinary one. The case of Ajaj v Metroline West Ltd (EAT) held that pulling a sickie was a breach of the implied term of trust and confidence and can therefore a summary dismissal for GM was not unfair.

Another issue that often arises is competing holiday requests. These should be dealt with in a fair manner, such as first come first served. Finally, flexible working requests may rise during heat waves and these should be treated like any other flexible working issue, similar to the approach suggested by ACAS for the European Championships and forthcoming Olympic Games.