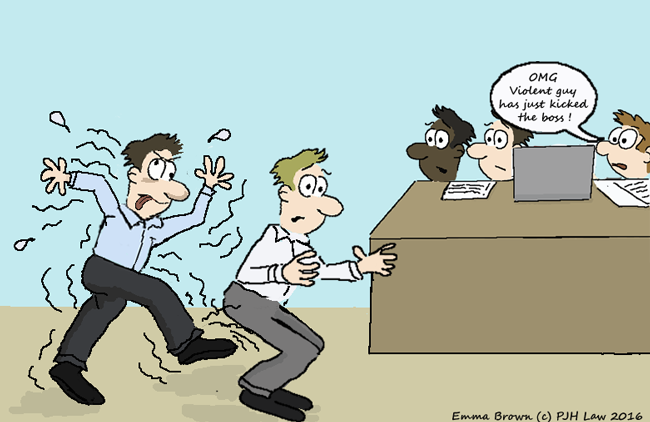 Good morning and welcome back to our weekly case law update. Last week we had a two for one on case law, and, whilst we’re talking about two for one deals, how about a ticket to our employment update AND a bacon roll, for free!!

Due to popular demand our 14th Annual Employment Law Update now has extra tickets. The seminar will have a roundup of the most significant employment law cases over the past twelve months, an explanation of all employment law recent changes, including the National Living Wage and Gender Pay Gap Reporting, a session explaining how to structure tax efficient termination payments (David Cameron may be attending) and an Employment Law Surgery to finish. To book a place, or, to find out more click here.

Without further ado, today’s case is about disability discrimination and expert medical evidence.

The question today is:

Can medical evidence produced by a Claimant be ignored?

Mr Brighton, the Claimant, worked for Tesco Stores Ltd, the Respondent, in a community liaison role. After several years of employment the Claimant was diagnosed with epilepsy and then an anxiety disorder. Prior to his dismissal the Claimant was involved in several aggressive incidents with his line manager, for this he was issued a final written warning.

A charity event was due to take place and the Claimant’s manager approached him about ideas he had planned for the event. The Claimant said he had left a note in the manager’s pigeon hole which could no longer be found. In the absence of the note the manager suggested they go through the ideas orally.

The Claimant then became very aggressive towards his manager and a colleague had to intervene. The Claimant was suspended. During his suspension his GP felt the aggressive outburst could have resulted from an epileptic seizure and referred the Claimant to a specialist consultant neurologist.

The Claimant did not return to work, was dismissed and initiated Tribunal proceedings. The Claimant believed that he was dismissed due to the results of an epileptic seizure. The Respondent argued that at the time of the outburst the Claimant was not having a seizure and no discrimination had occurred.

The Claimant appealed and the EAT allowed the appeal. It held that the ET had not properly considered the evidence of the consultant neurologist. Whilst it was allowed to reject the consultant’s opinion the ET should have at least given the evidence some consideration.

To answer today’s question: No, specialist medical evidence, even if produced by the Claimant should not be disregarded. Whether it be by the ET or the employer, when handling cases arising from a disability the deciding body should consider all evidence and justify its reasons for accepting or rejecting certain pieces of evidence.

Furthermore, any evidence that comes to the decision maker’s attention between the decision to suspend and the decision to dismiss should also be considered. If the Respondent in this case found out the Claimant had epilepsy after he was suspended BUT before they dismissed that could render the dismissal unfair.