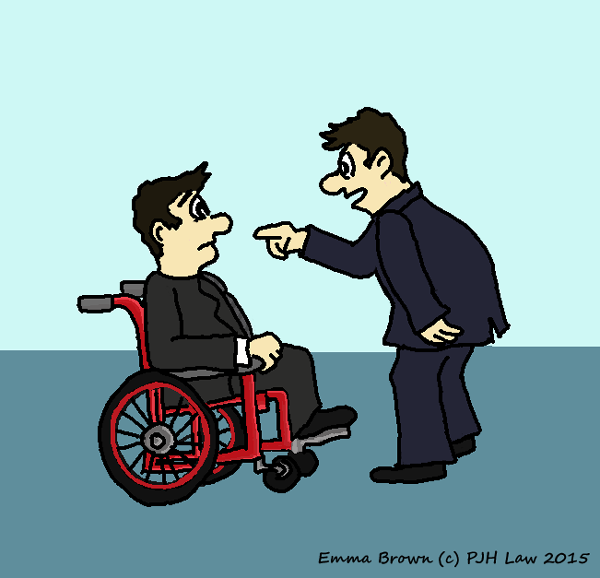 Hello again, Case of the Week is back after an unforeseen absence. Last week there were no new judgments.  Back in business this week with a new case concerning TUPE and disability discrimination.

Is an employee whose employment is due to transfer automatically under TUPE entitled to resign before the transfer and still bring a discrimination claim against the transferee?

Mrs Gunn, the Claimant, was employed by Shropshire Doctors Co-operative Ltd, providing NHS 111 services. This service was then TUPE transferred over to NHS Direct, the Respondent, and thus the Claiman’s employment was expected to TUPE transfer over too.

The Claimant was disabled and worked 8.5 hours a week at Shropshire Doctors Ltd. However, at NHS Direct, there was a minimum requirement of 15 hours week for all staff. The Claimant requested to work 10 hours instead of 15 but this was rejected by the Respondent.

The Claimant resigned and subsequently brought a disability discrimination claim against the Respondent for failing to make reasonable adjustments.

The Respondent argued that the Claimant had no claim whatsoever as she had resigned before transferring over to the Respondent and was not entitled to reasonable adjustments as she was neither an employee nor an applicant.

The Employment Tribunal decided that that the Claimant was an “applicant” for a job at the Respondent, due to a letter she had received from the Respondent offering employment at a new site. This meant she was entitled to reasonable adjustments, notwithstanding that she was guaranteed a continuation of her own contract under TUPE.

The Respondent appealed the Tribunal’s decision.  However, the EAT upheld the Tribunals decision stating that, as the Claimant was technically an applicant, she was protected by the Equality Act 2010 and thus entitled to reasonable adjustments. The appeal was dismissed.

To answer today’s question, no, a person cannot usually bring discrimination claims if they have yet to TUPE transfer over to your business. However, if you have formally offered them employment then they are classed as applicants and thus protected under the Equality Act 2010.